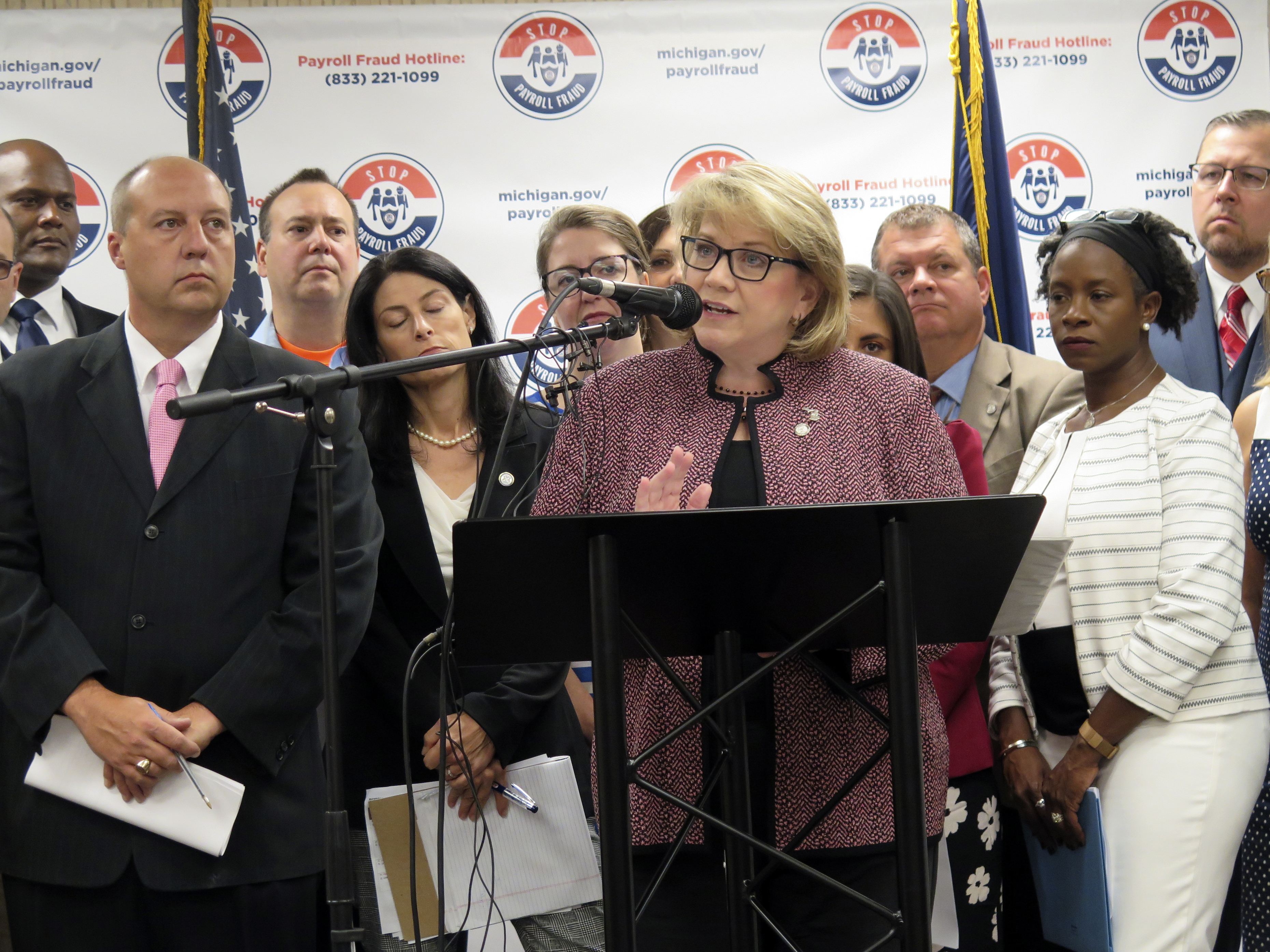 Christine Greig’s statements showed a rift among Democrats as the governor makes the case to GOP lawmakers for increased transportation revenue in a state that ranks second to last nationally in per-capita road spending.

The deadline for a budget resolution is nearly a month away.

Ms. Greig declined to say whether her caucus would back the 45-cent increase if it were put up for a vote but said “that’s probably the extreme that won’t happen.”

Asked later if the $2.5 billion plan — the linchpin of Ms. Whitmer’s budget — is dead, Ms. Greig noted majority Republicans’ opposition to it and said: “Yeah, I think it is.”

The governor as recently as Wednesday defended her proposal while saying she would entertain alternatives, but that GOP legislative leaders had not yet offered a “real” plan to address deteriorating roads and bridges.

Republicans have refused to make public what specifically they have presented to Ms. Whitmer.

But she has criticized their ideas such as effectively shifting sales tax collected at the pump to road funding — much of the $840 million in revenue now goes to schools — and delaying the date to pay off unfunded liabilities in the school employees’ retirement fund.

Ms. Greig echoed the governor’s critiques but also said residents want to see a “fair-share budget” and “there other things we can do to lower the cost of that 45 cents.”

In June, House Democrats unveiled a $1.2 billion proposal that would increase the state’s corporate tax, create a new 6-cents-a-mile tax for heavy trucks and charge bridge tolls to tractor-trailers.

It also includes portions of Ms. Whitmer’s budget plan, such as raising taxes on certain businesses so they are taxed the same as traditional corporations and restoring tax breaks for pensioners.

“The important thing is we have to raise $2.5 billion in new revenue to fix the roads,” Ms. Greig said Thursday.

Whitmer spokesman Zack Pohl said the governor is not wedded to every part of her budget recommendation but at this time “is the only person to introduce a comprehensive budget proposal that raises the $2.5 billion in new revenue we need each year to improve public education, close the skills gap, clean up our drinking water, and fix the damn roads. The governor stands ready to work with the Legislature, but no real alternative plan has even been proposed for her consideration.”

State GOP chairman Laura Cox said gradually hiking the 26-cents-a-gallon gas tax to 71 cents over a year “was an idea that was always running on empty” and one that drivers rejected when it was announced nearly six months ago.

“Now with her own party leaving it dead on the side of the road, it’s time for Governor Whitmer to get real and walk back to the negotiating table,” she said.

Oct. 1 is the deadline to pass a spending plan for the next fiscal year.